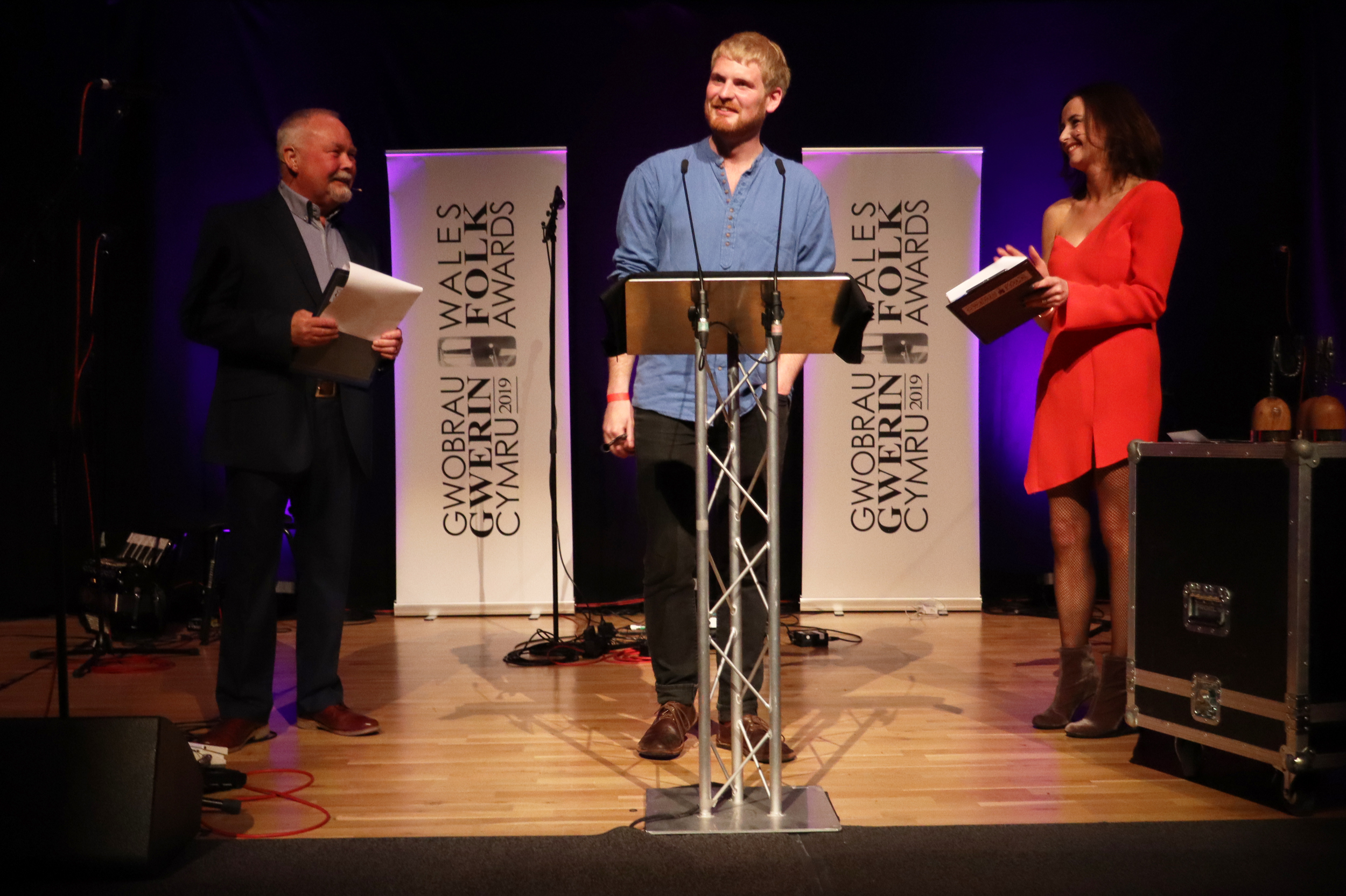 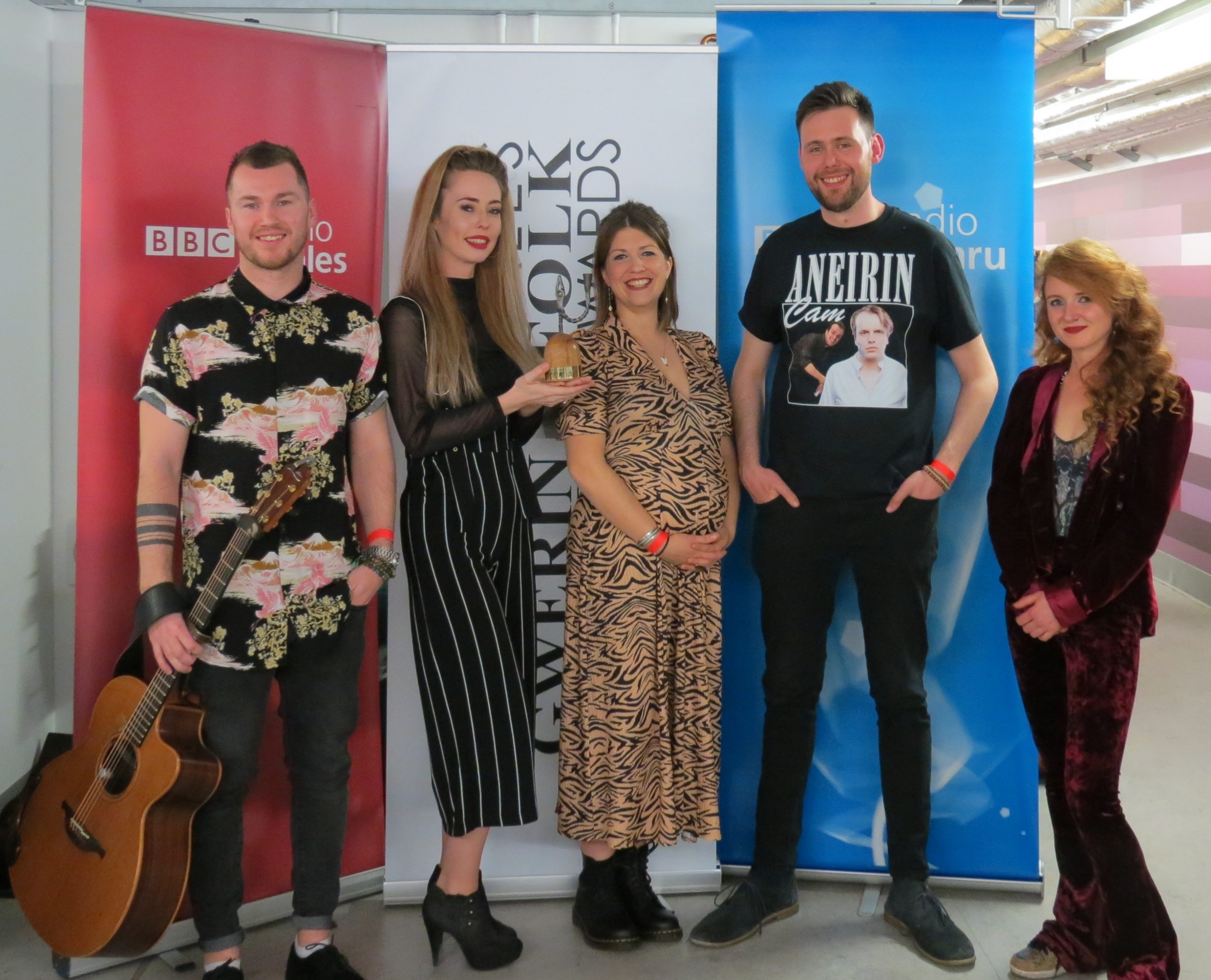 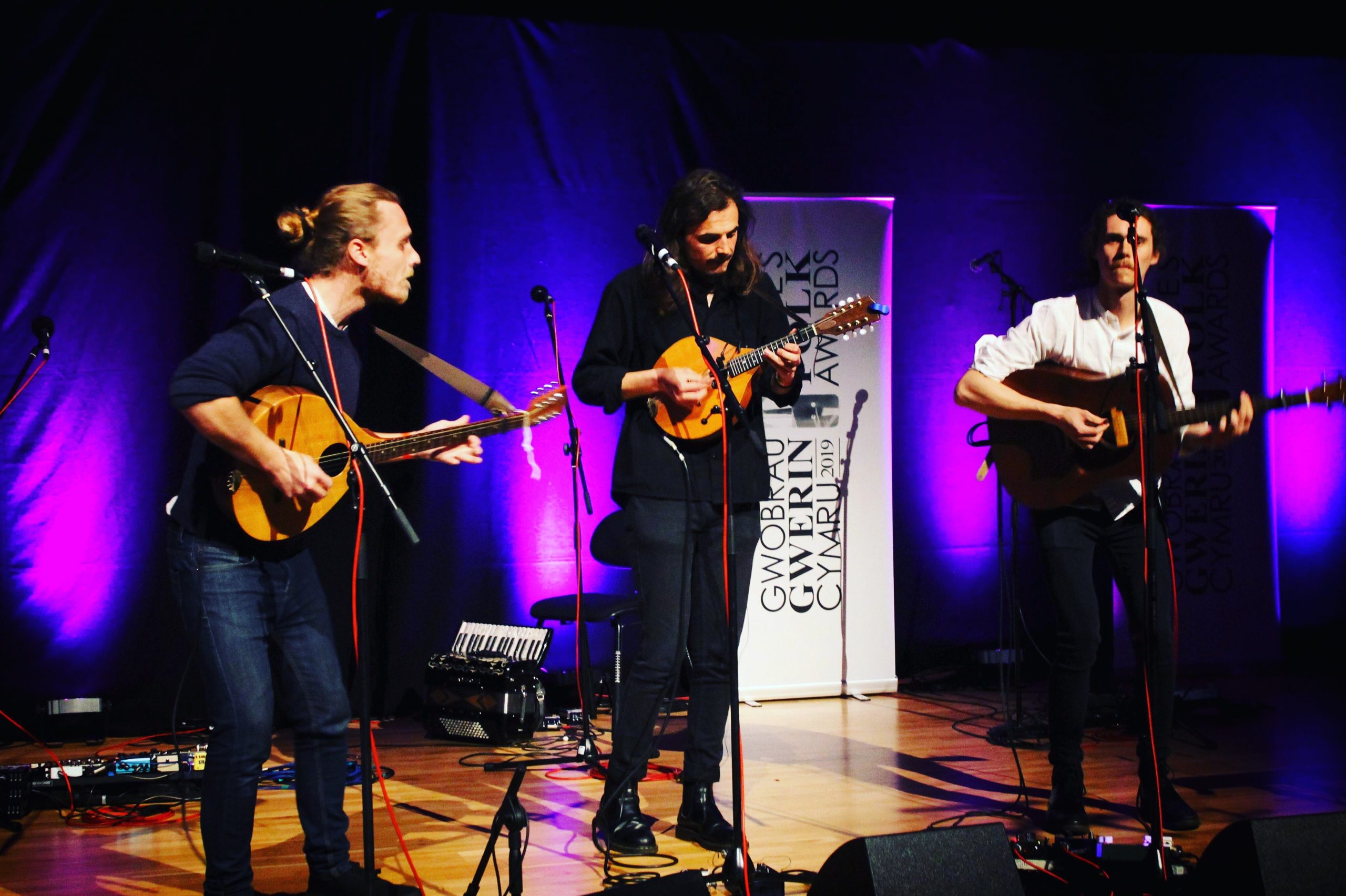 On the 11th of April 2019, Wales celebrated the recent success of its folk scene with its own brand-new Folk Awards.

The awards celebrated the many talented performers from the Welsh folk and traditional music scene which has been mushrooming at home in Wales as well as making a splash recently at festivals across the UK and abroad. 2018 was the year of Wales as International Partner at the English Folk Expo showcase festival in Manchester. Wales was also Featured Nation at the huge Lorient Interceltic Festival in Brittany which welcomes 70,000 visitors each year. Top Welsh folk band Alaw played the Royal Albert Hall in August 2018 as part of the BBC Folk Prom .

The Wales Folk Awards have been created by a partnership of Trac Cymru, BBC Radio Wales and Radio Cymru, the Arts Council of Wales, and other significant figures from the world of Welsh folk such as Huw Williams and Stephen Rees. The awards were presented at an evening celebration at the BBC Hoddinott Hall at the Wales Millennium Centre in Cardiff Bay, with a reception generously sponsored by the British Council Wales. The Awards Evening was broadcast later on Frank Hennessy’s Celtic Heartbeat show on BBC Radio Wales and on Lisa Gwilym’s show Sioe Lisa Gwilym on BBC Radio Cymru. There were live performances throughout the evening from The Trials of Cato, Gwilym Bowen Rhys, VRï, and Calan.

Two Carmarthen craftsmen made the trophies – blacksmith Aaron Petersen and woodturner Rob Hopkins. Based on 18th century rushlight holders, each one is unique, and uses locally sourced wood. The trophies have quite a folk family connection – Aaron’s father is blacksmith David Petersen who led the Welsh Delegation at Lorient Interceltic Festival for many years, and his nephew Sam is a member of Avanc, Trac Cymru’s Youth Folk Ensemble of Wales.

The Wales Folk Awards were intended to be a biennial event; in the wake of Covid we are hoping to hold the next Awards in Spring 2023.

Here are the winners and the shortlisted nominees:

The Lifetime Achievement Award was presented to Roy Saer for his many decades of work and scholarship with the traditional songs of Wales. Roy began collecting and recording Welsh folk songs in the 1960s and his collection is at the heart of the St Fagans National Museum of History folk song archive.

The Folk Prize for the best collection of three original tunes went to Huw Roberts of Anglesey, well known for his playing of the iconic Welsh instruments the triple harp and the crwth as well as the fiddle.