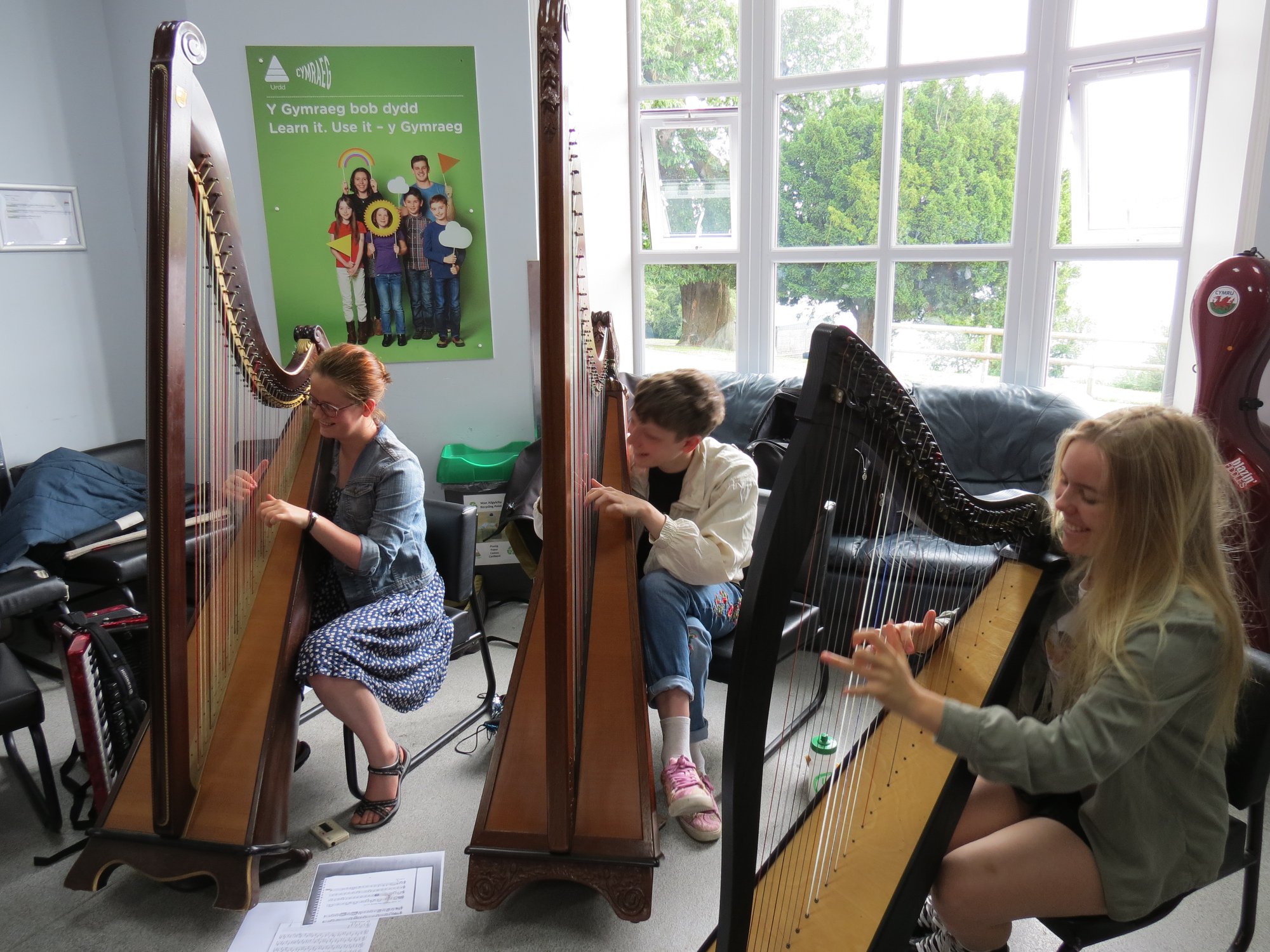 The Youth Folk Ensemble of Wales

Young traditional musicians on the brink of working professionally in folk music have come together to create Wales’ first national Youth Folk Ensemble, AVANC. Trac Cymru has invited a group of our most talented young musicians to hone their skills under the artistic direction of Calan’s Patrick Rimes before taking their show on the road to festivals around Wales.

The ensemble aims to train young musicians aged 18-25 in performance skills which will help them into a career as professional folk musicians, as well as representing Wales’ folk music on major stages. Their task is to perform at the highest standard, reinterpreting traditional Welsh music for new and modern audiences. Patrick leads the ensemble supported by tutors Sam Humphreys and Gwen Màiri. Many of the musicians met at Trac’s folk music, song and dance course for teenagers, Gwerin Gwallgo. They come from all over Wales and the ensemble’s line-up features fiddles, harps, whistles, guitar, percussion and pipes as well as voices and step-dance.

Growing out of the annual Gwerin Gwallgo course, the Ensemble provides the next step for musicians older than Gwerin Gwallgo’s age range of 12-18. It was piloted by Trac in 2017/18 with support from the Arts Council of Wales and the National Lottery, running two successful rehearsal weekends.

From 2018-20 the ensemble was supported by the Colwinston Charitable Trust, bringing the young musicians and their tutors together for three rehearsal weekends. During this time, the Ensemble impressed audiences at Cwlwm Celtaidd, Tafwyl, Sesiwn Fawr Dolgellau, the Interceltic Festival at Lorient in Brittany, the National Eisteddfod and Gŵyl Werin Hydref.

They also created an hour-long film for Creative & Cultural Skills Cymru, aimed at young people, exploring the variety of roles involved in the music industry. Called “Avanc – Building A Music Career In A Pandemic” it’s available to watch on this page. 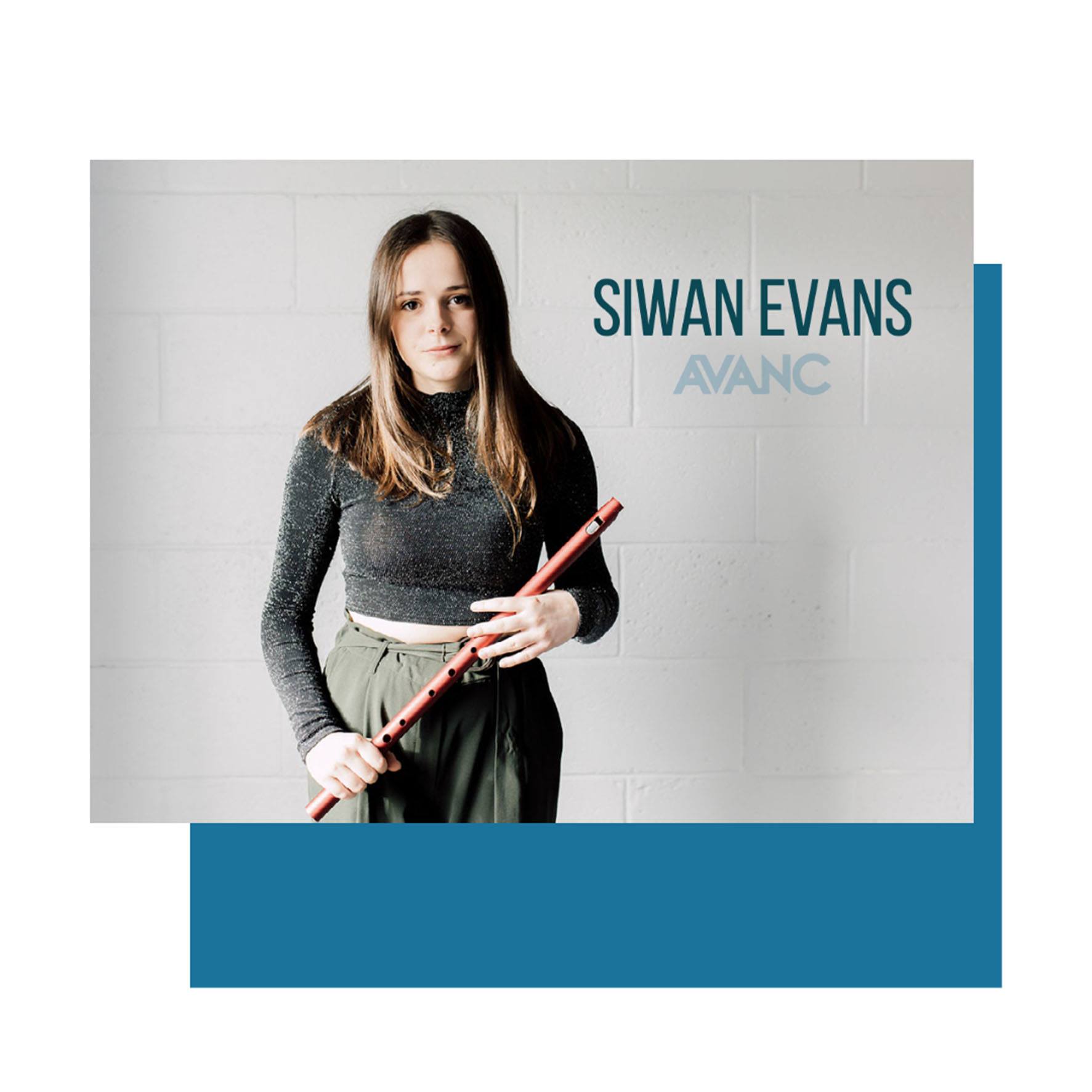 Siwan is a clog dancer and whistle player from Cardiff. She has been clog dancing from a young age and has travelled the world with her clogs, performing both as part of dance groups and bands. Originally a saxophone player, her love of Welsh clog dance soon expanded into an interest in welsh trad music. This inspired her to pick up a whistle but she sometimes regrets not learning to play harp so she could have a sit down after clog dancing.
When she isn’t dancing or playing music Siwan studies physics and has just started training as a Medical Physicist in Swansea.

Music has always been present in the Gibbon household and so also in Rhodri’s life. His musical journey started playing the recorder. He still plays the recorder to this day which is a rare occurrence with this instrument. Rhodri’s musical curiosity led him to play many different instruments including the harp and the cello and also the egg and the pipes which he is seen playing on the stage with Avanc. Rhodri is certain that the pipes are his parents’ favourite instrument at they can be used to scare the neighbouring cats from the back garden. Through Avanc Rhodri’s passion for folk music has been set alight and now he can’t imagine his life without folk music. At the moment, Rhodri is studying for a degree in Urban Planning at Newcastle. (And is also looking for a set of Northumbrian Pipes to play!) 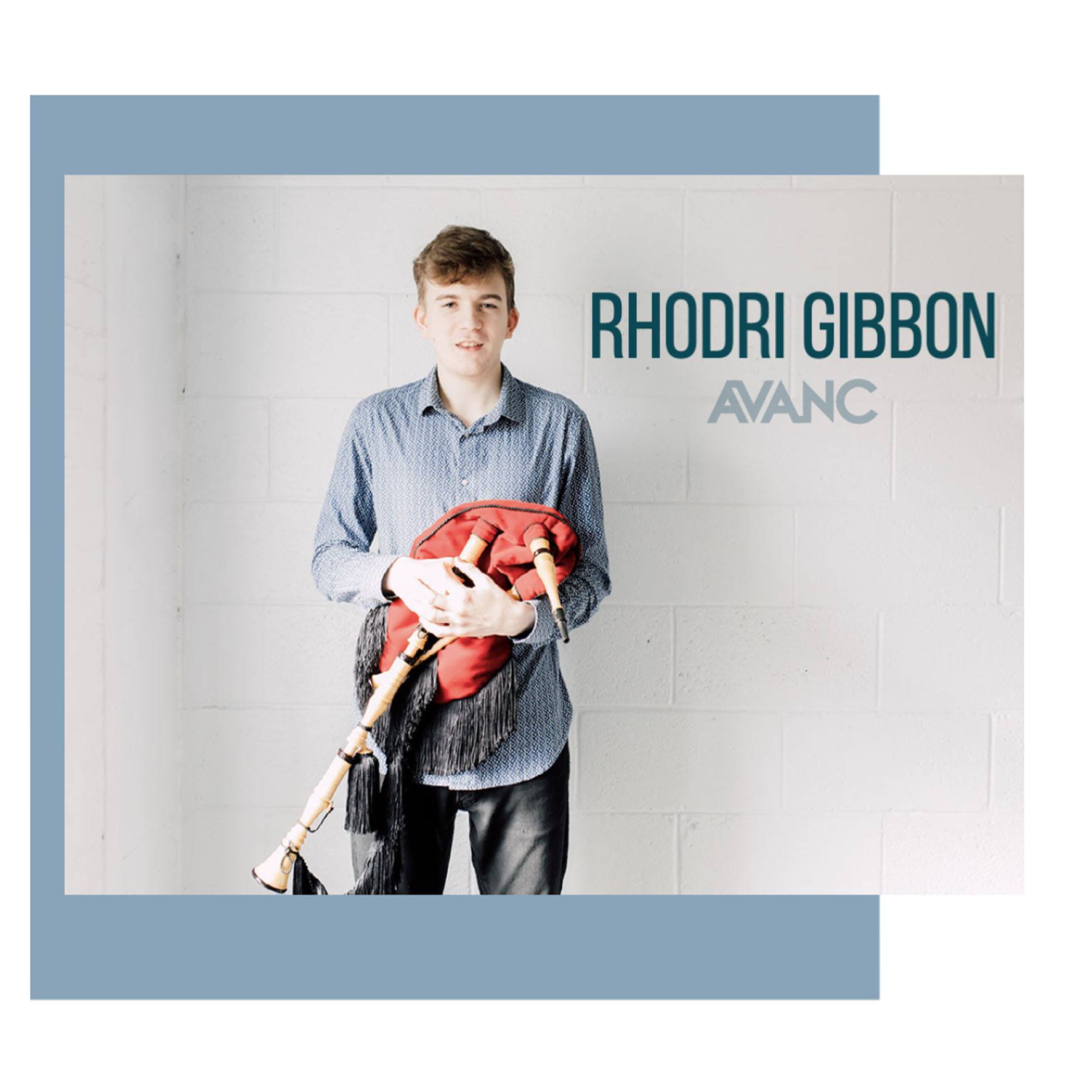 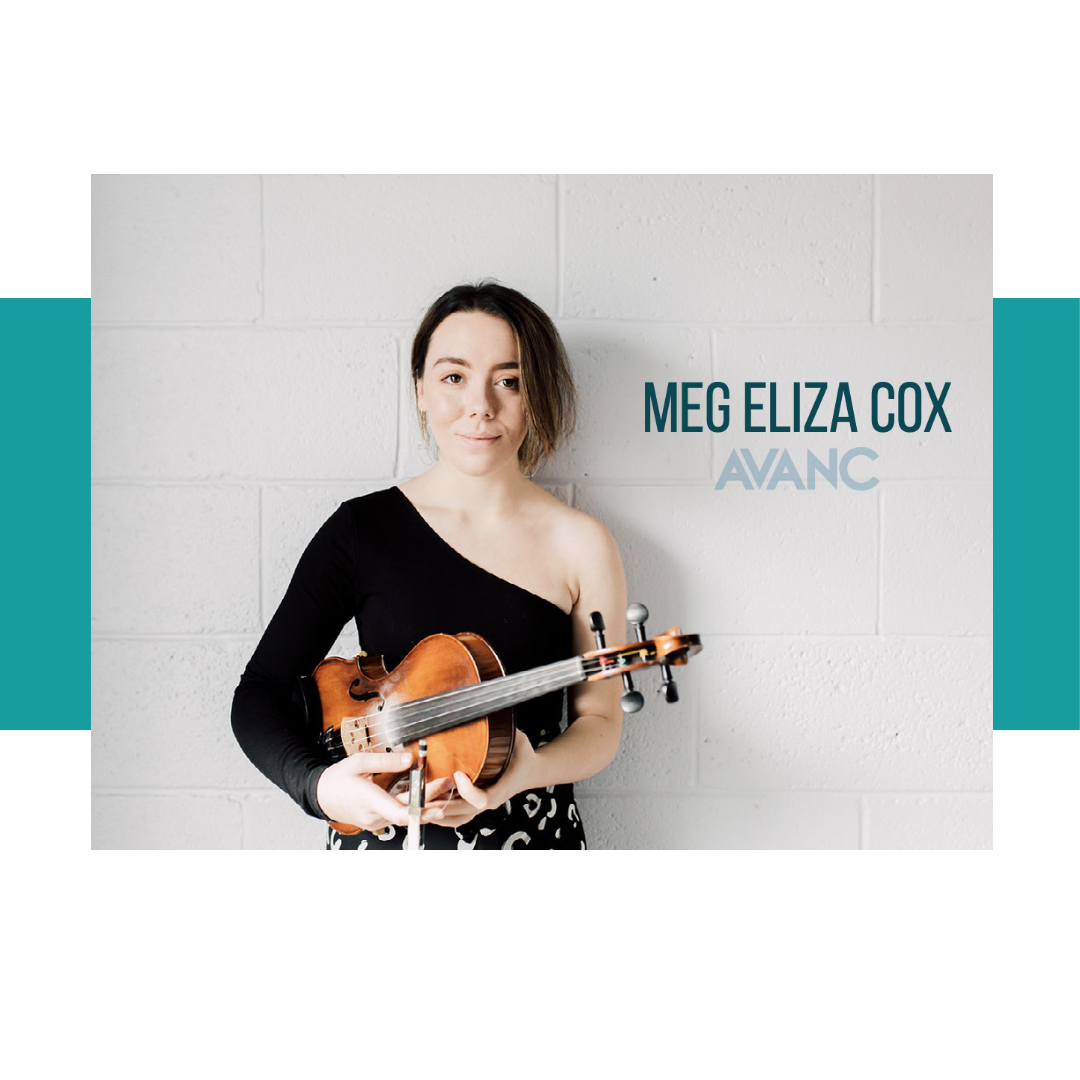 Meg is a fiddle and bodhrán player from South Wales. When she was 8, she played bodhrán competitively and won places in the all-Britain Fleadh Cheoil. Since then, although she hasn’t grown much taller, she has continued to develop her fiddle playing talents through performing inter-celtic music.
In recent years she has immersed herself in the culture of Welsh folk music and has performed in various bands including Avanc. Alongside her passion for music, Meg studies Fine Art in Cardiff (she couldn’t get deeper into the creative industry if she tried). In the future she hopes to continue to weave both these creative aspects of her life together.

Mared is a fiddle player from the Gwendraeth Valley in Carmarthenshire. She has been involved in traditional music from an early age and likes to take every opportunity to promote all kinds of Welsh music. As a member of the band Beca and her family band Mansant she has played in several folk festivals whilst working towards her GCSE grades over the last two years. Although Mared likes to identify as mainly a folk musician, she has also been classically trained and enjoys experimenting with different musical genres. 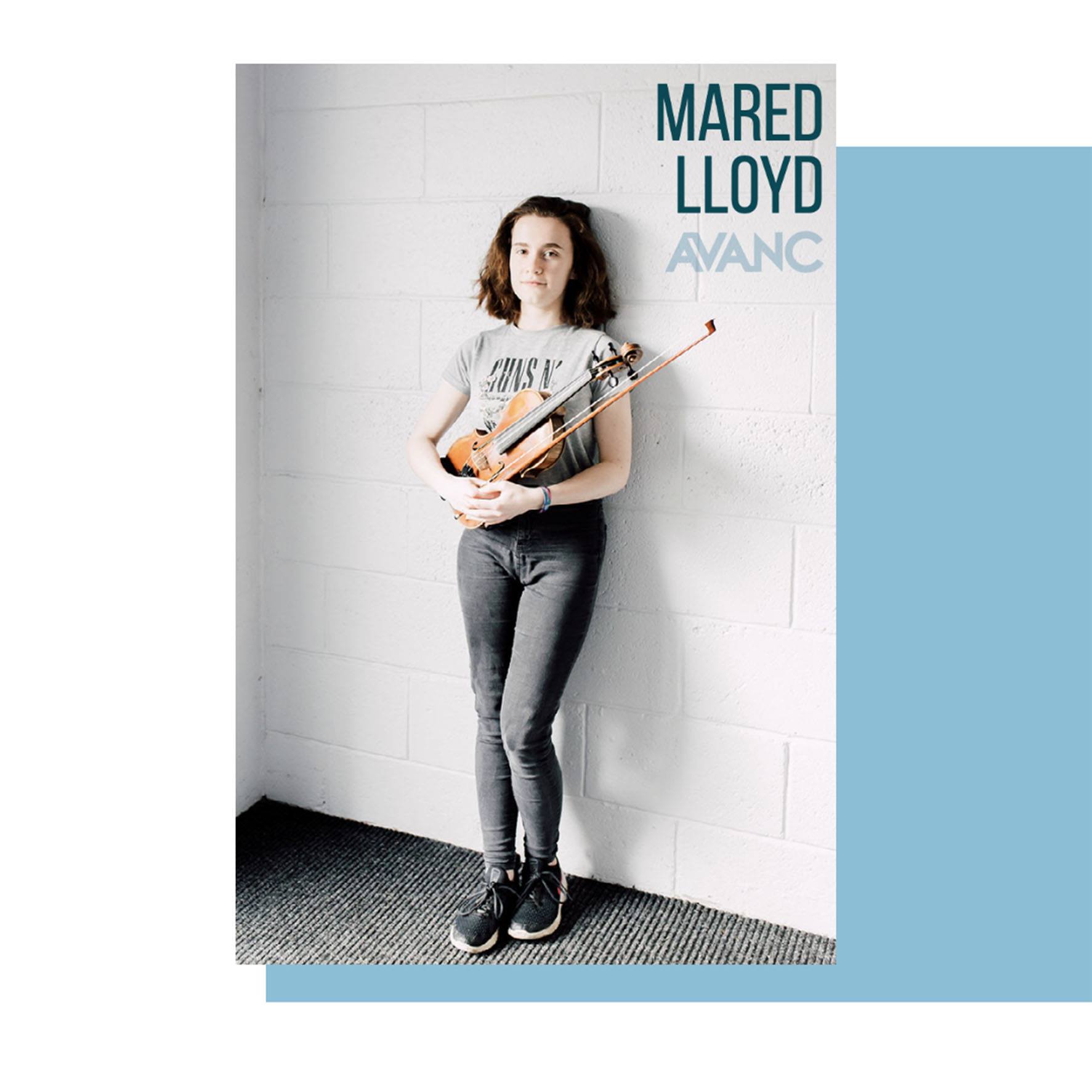 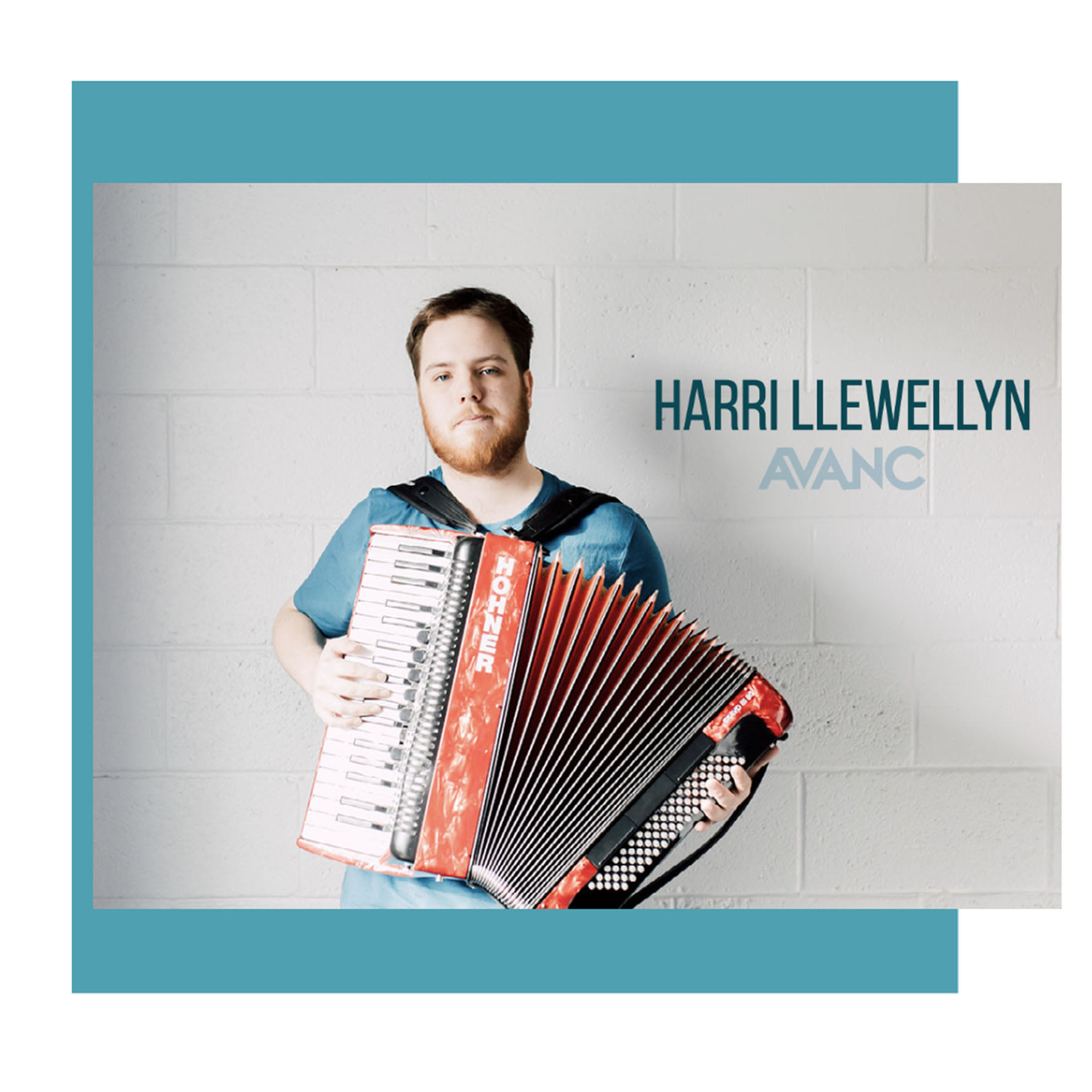 On the accordion with AVANC is Harri; along with anything he could possibly be asked to do if needed…
Despite not being from a particularly musical family, Harri was always encouraged to take up music. Although the violin was in fact his first instrument of choice in the world of Welsh folk he has now been playing the accordion for a little over 5 years; and he’s never too ready to boast about it being self-taught.
Harri has been interested in folk music ever since seeing the band Calan play on the Welsh light entertainment show Noson Lawen and was very lucky to meet the members of Calan and of the Scottish band Breabach. Since then, he has played with the Nantgarw dance team and the band Nantgarw. It is with Avanc he has flourished — as long as he keeps a safe distance away from the bagpipes.

This is Cerys from Machynlleth. Though she has been known to play smaller instruments, she now predominantly plays the piano and triple harp (she would however recommend that you learn more sensible instruments…preferably ones you can carry).
She enjoys playing and writing music and released her debut album, Cwmwl, earlier this year (you should check it out, it’s class). Her dream is to one day play a vibraphone. 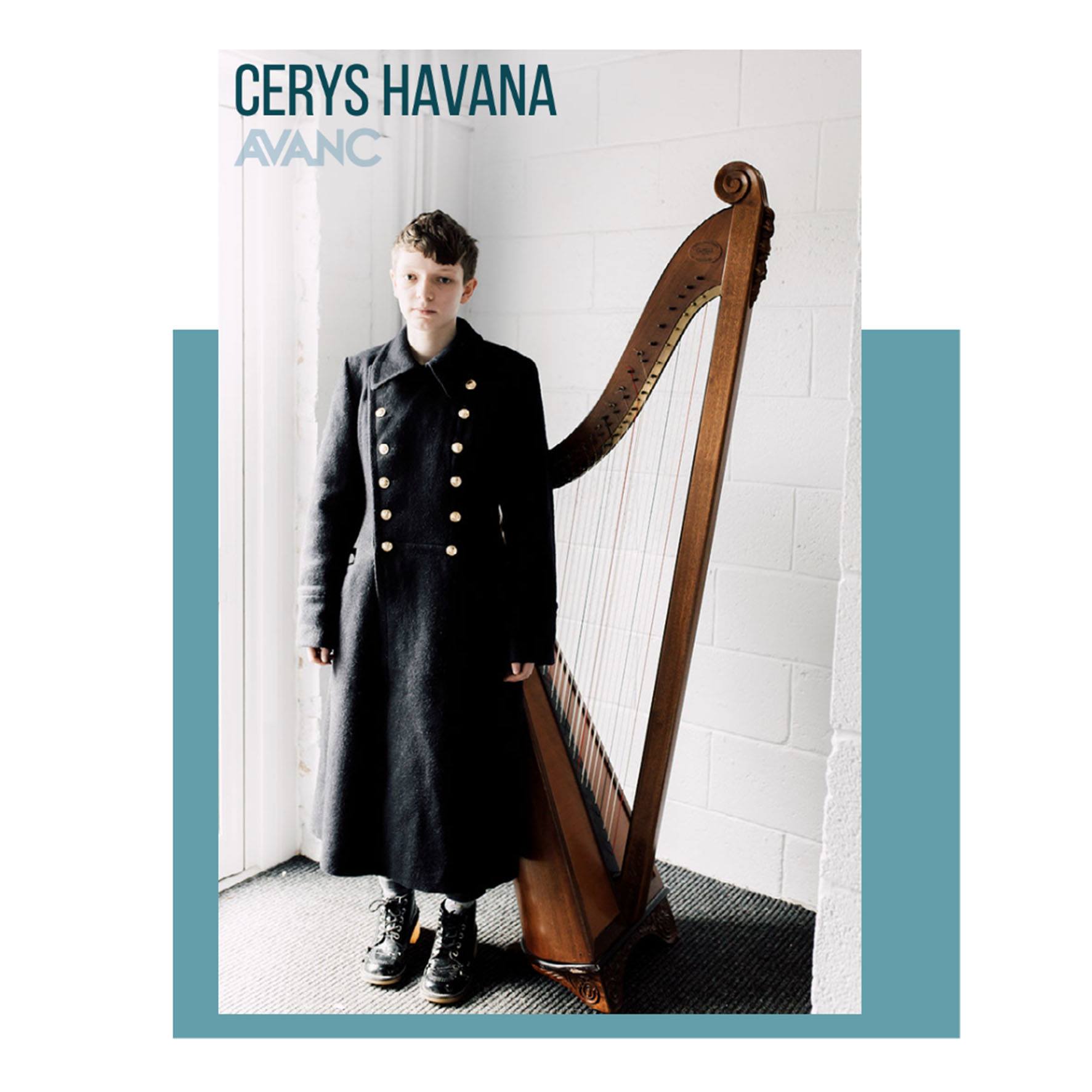 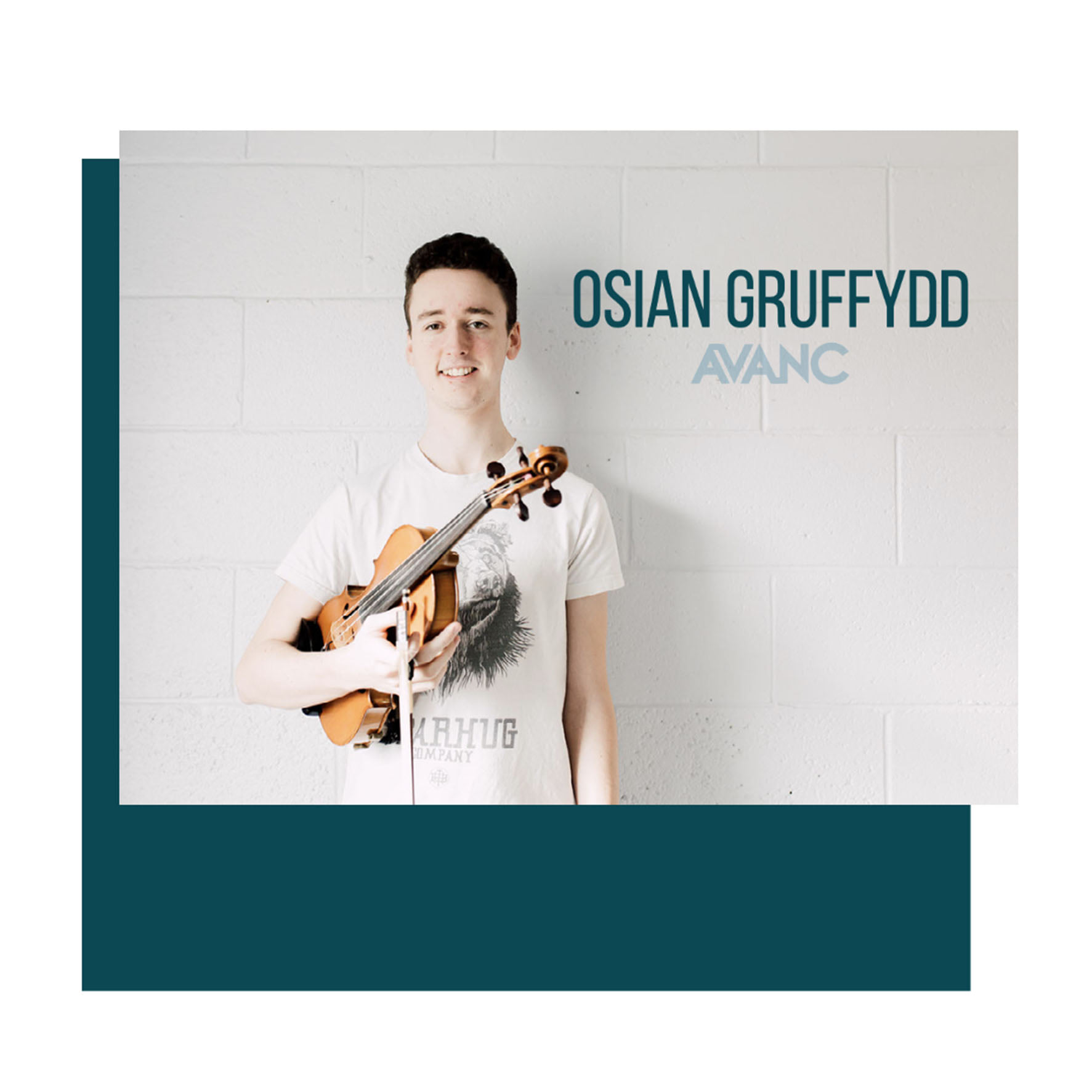 From Pontypridd, Osian is one of our fiddle players. He became involved in the Welsh folk scene in his early teenage years playing with bands, accompanying dancers and competing in festivals. He is currently entering his final year at the University of York, studying Music and Sound Recording. While at university, he toured and performed around England with Leeds-based trio, The Tenmours.

As well as folk music, he enjoys listening to film soundtracks while travelling to gigs and admits being a fanboy of the Norwegian pop star Sigrid.

Elisa took up clog dancing at the age of eight to avoid swimming classes after a teacher tried to make her swim underwater. Dancing around the world with Bro Taf and Nantgarw allowed her to discover her love for all things folk. She has missed travelling around the country with her train friendly sized harp and can’t wait to be back on stage performing soon. In 2018 she called one of the first gender-free twmpaths in Wales and wants Welsh folk dancing to be as welcoming and accessible as possible. 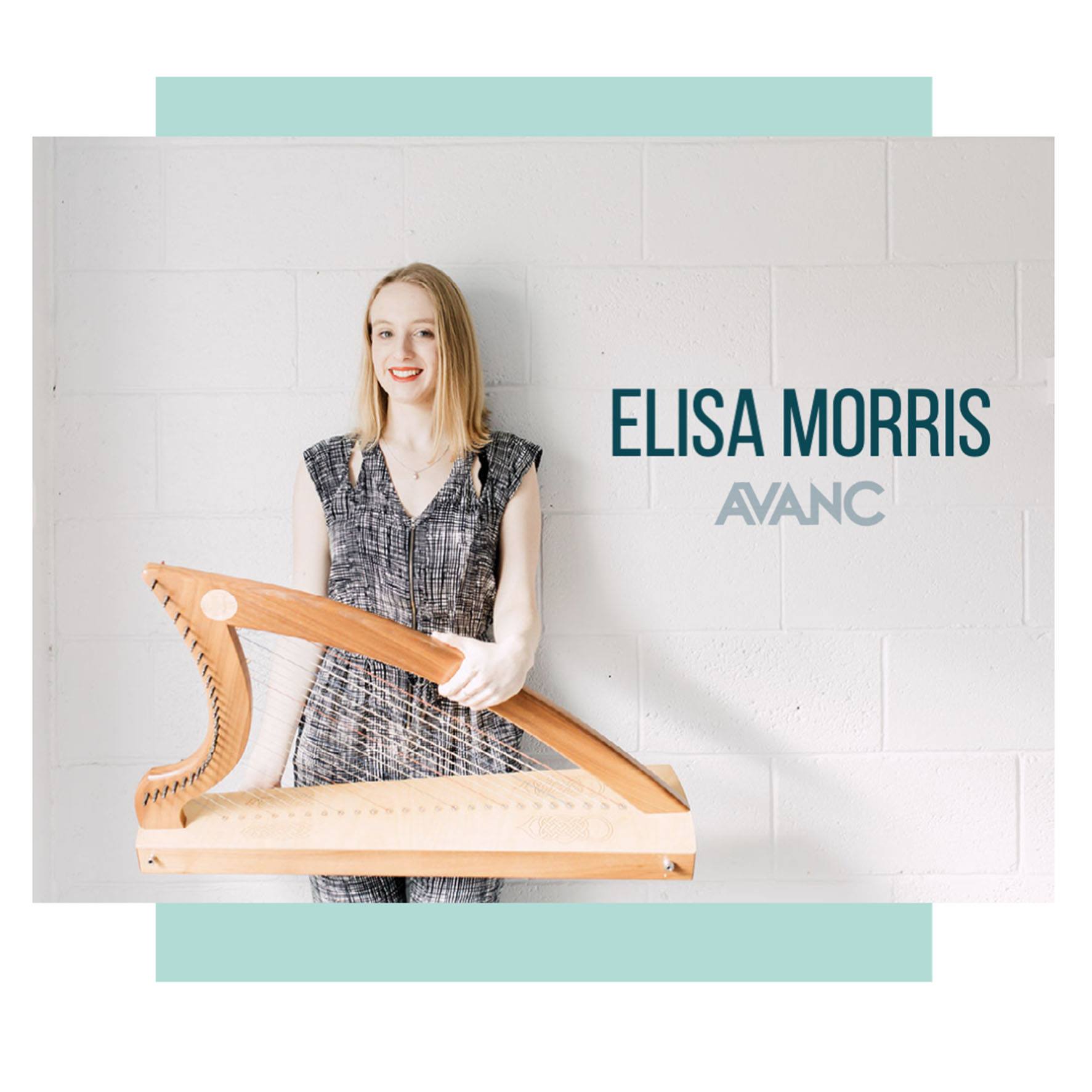 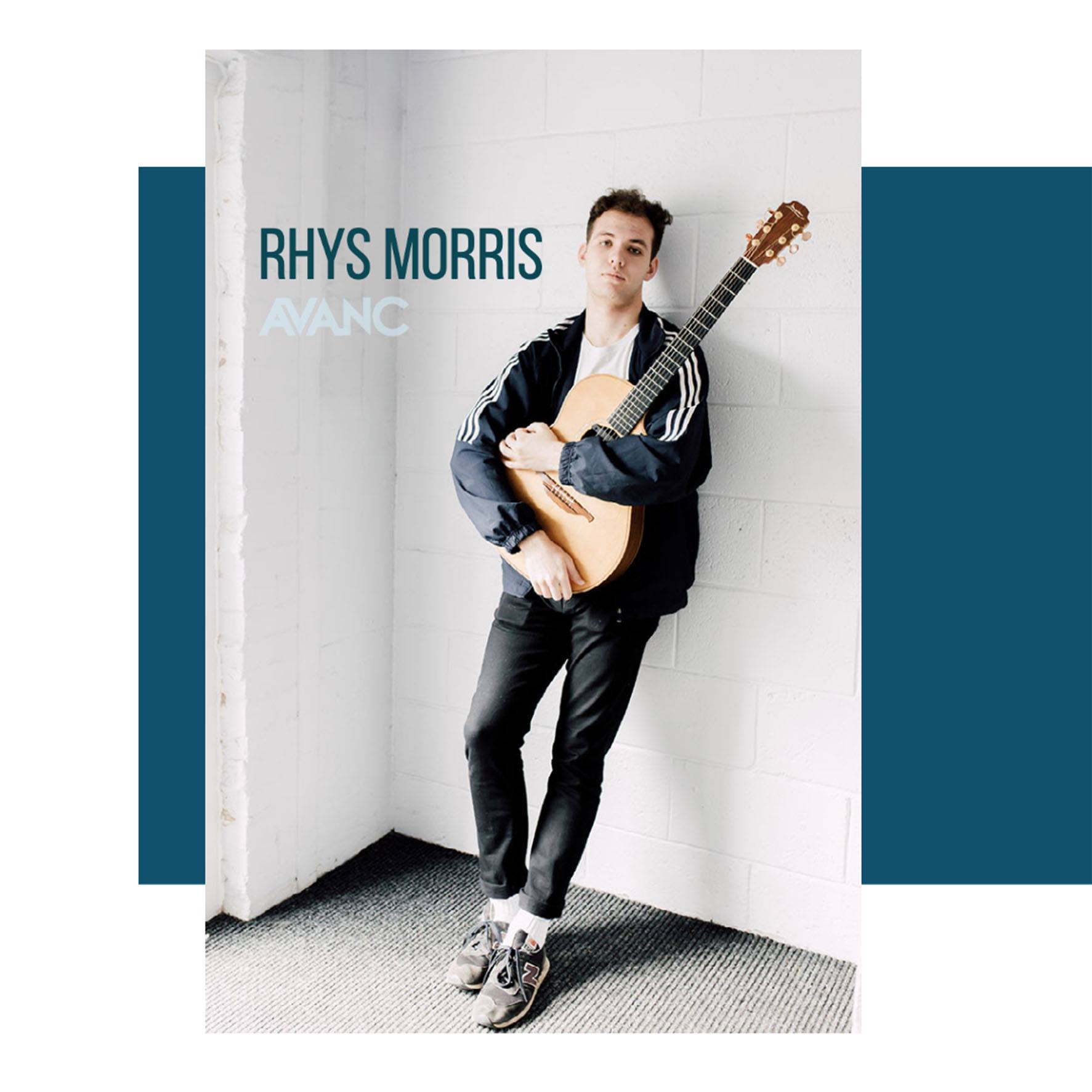 Rhys started playing guitar from a young age and discovered his love for folk music as a teenager. Since then he has played across the country to many audiences and recently taught guitar at Gwerin Gwallgo in 2020. Alongside his folk music he also plays with successful welsh rock band Wigwam and is an avid funk guitarist. Rhys currently studies Music and Sound Recording at the University of York and when he’s not in the studio he loves playing American Football.

It was his parents great joy when in his early teens Sam told them he wanted to play the pipes. Coming from a musical family he was destined to make noise somehow and despite a short foray into fiddle playing (grade 1 pass), he decided bagpipes are better. He’s now the proud owner of not one but two gaitas. More recently he has developed a growing love of the mellow tones of the low whistle. Sam can be found playing at various sessions around Cardiff and anywhere windswept with nice scenery, preferably in his native Pembrokeshire. All his friends agree the top of a deserted mountain is the best place to practise! 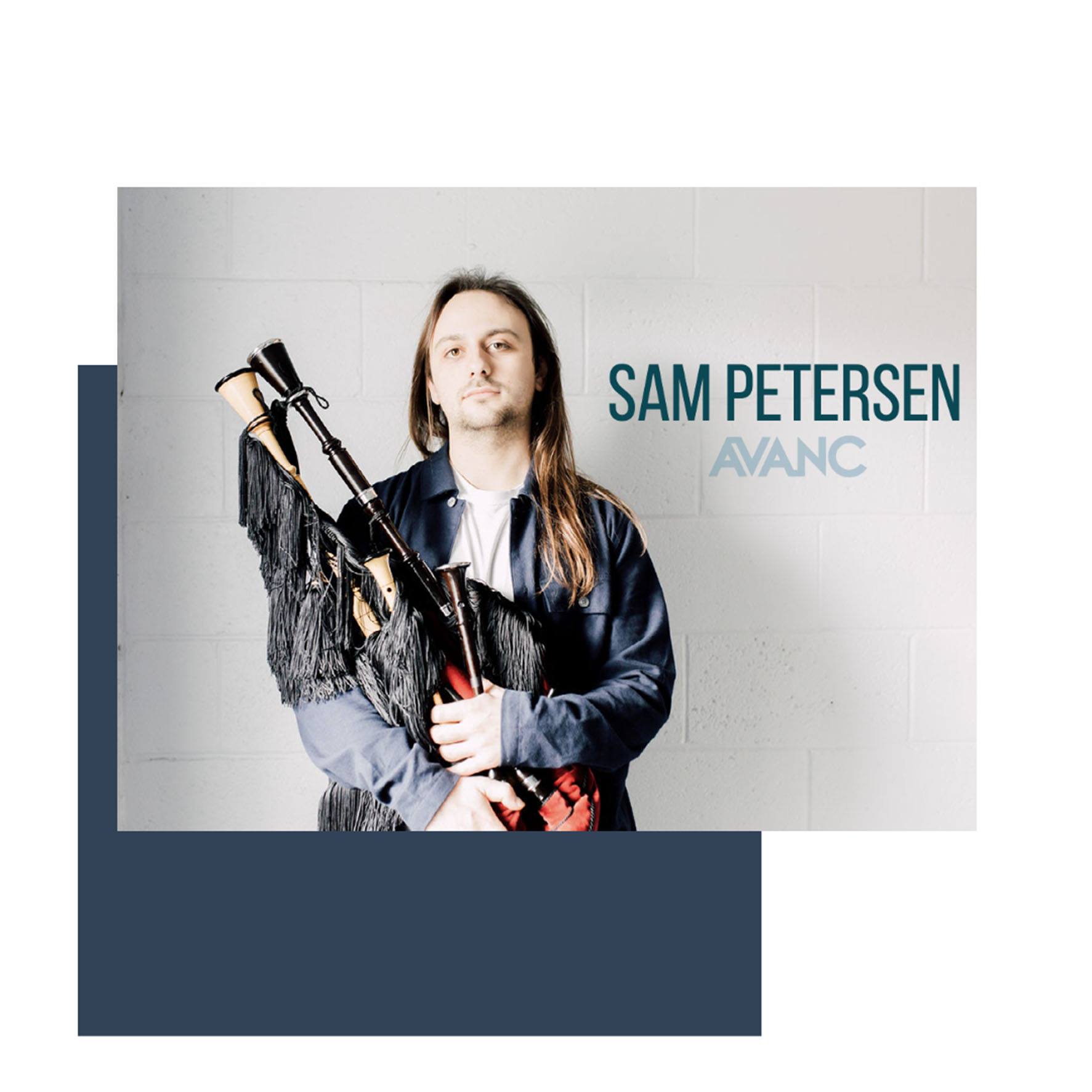 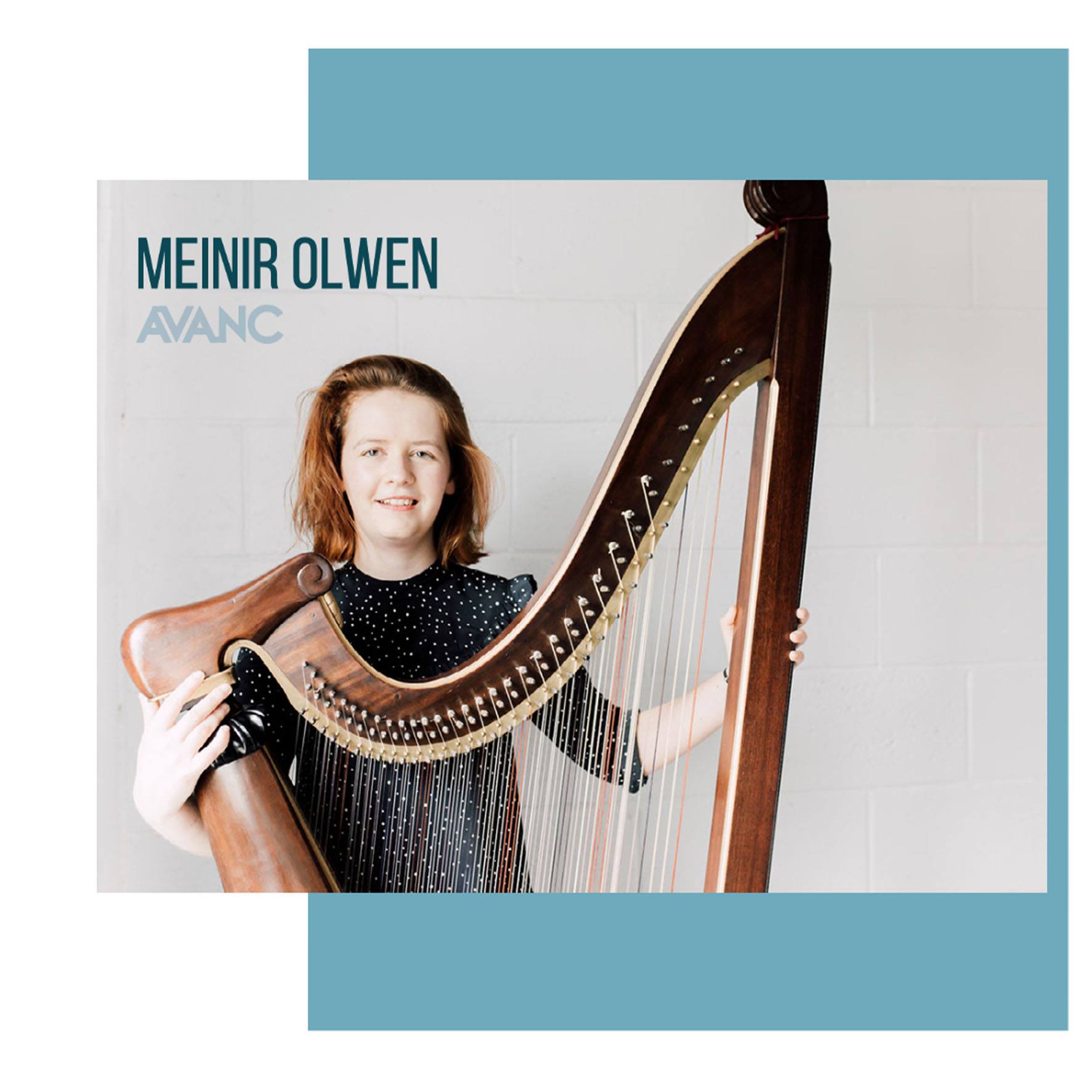 Meinir Olwen is a harpist from Aberystwyth. She started playing traditional Welsh music by accident when she returned from a holiday with a small, borrowed harp. Within a year, that small harp had grown into a six-foot-tall triple harp that was quite a challenge to fit into a small car! Despite being a foot shorter than her harp, Meinir has dragged it around Wales and across Europe. When she isn’t fighting to keep the harp in tune Meinir enjoys escaping up mountains and dreaming about finishing her PhD in linguistics.

Avanc and Trac Cymru would like to thank the following organisations, charitable trusts and foundations for their generous support 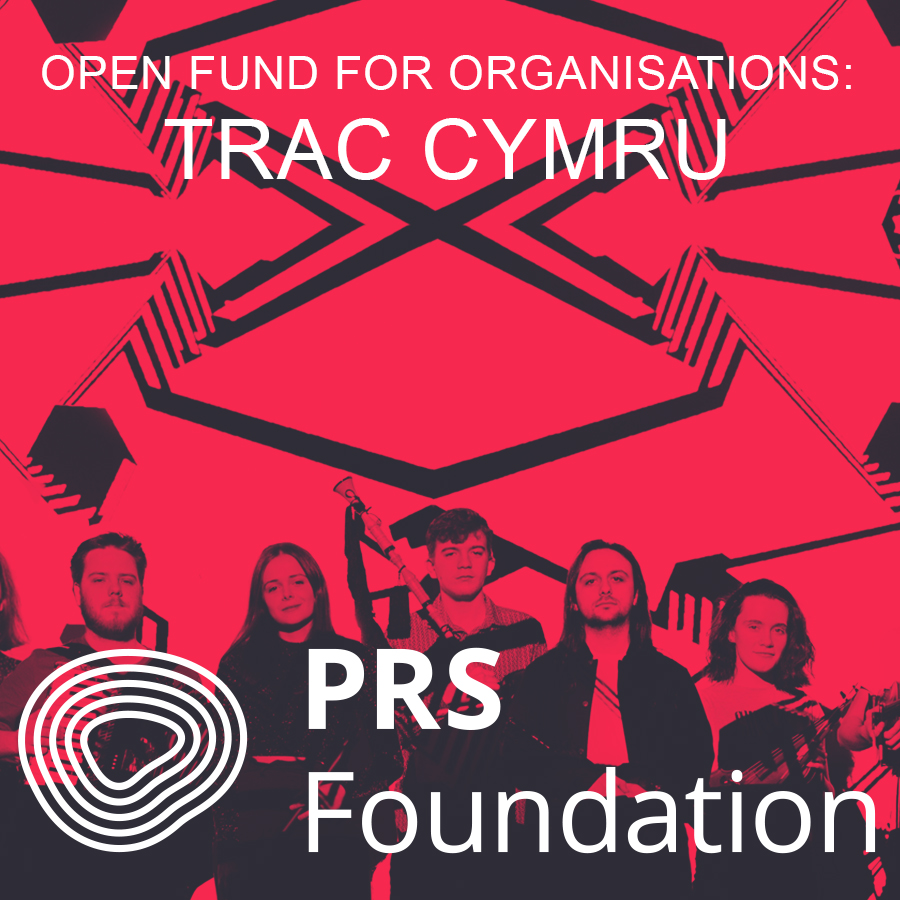 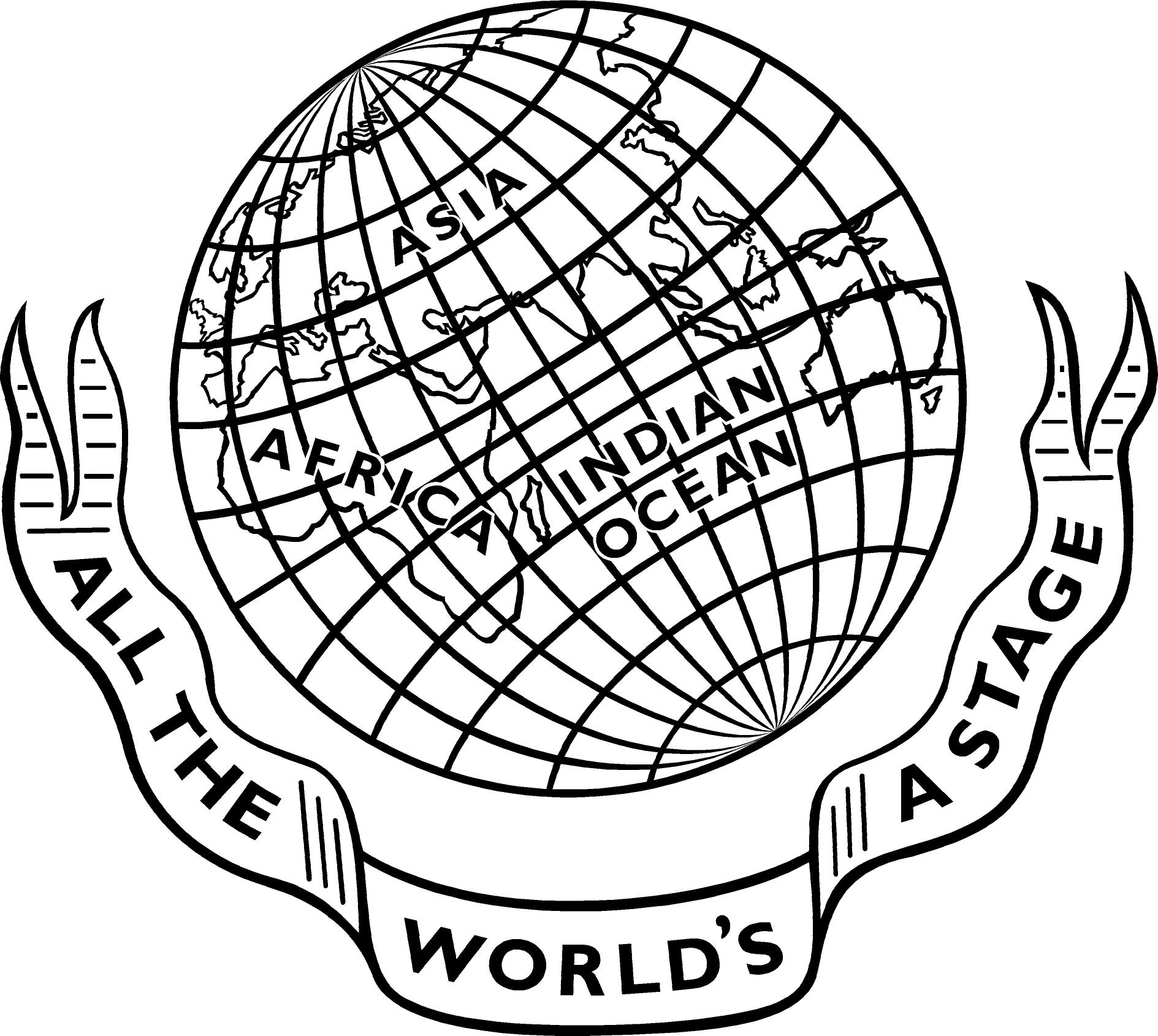 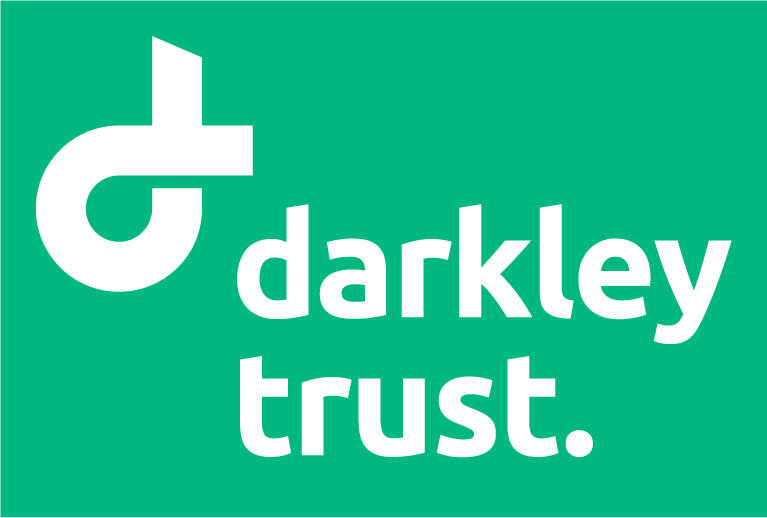 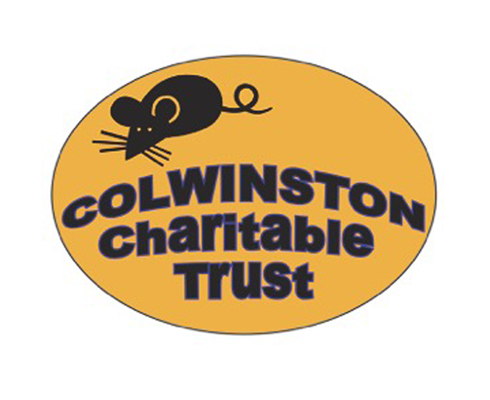