A May tradition from north-east Wales

A line or two of a traditional song from Flintshire sung by the dancers as they process through the streets of the market town of Holywell on the first Saturday of May.

It’s a living tradition which continues and evolves with each generation. The original team from Bagillt reportedly used to start from the village early in the morning and dance along the way ready to dance in Holywell at three o’clock in the afternoon.

There are over two centuries of records of men from the mining communities of west Flintshire (particularly from Flint, Bagillt, Holywell, Mostyn and Llanasa) processing and dancing on the first day of May. Sometimes the activities would continue for up to two weeks as the men (with the help of the railway) went and danced to other communities, travelling as far as Bangor to collect a few pennies.

The dance consisted of pairs of men in two lines, their faces blackened by the dust of the coal, or a burnt cork. They marched in white clothing, with one line wearing red ribbons and the other with blue ribbons stopping here and there to sing.

With the dancers were two characters; Billy, in a black dress, and Cadi in girl’s clothes. The two characters would interact and collect money in a ladle whilst responding to the words of the songs.

The dance was competitive in nature, with references to “jumping the highest”, “jumping over your head” or “jumping over the stile”. Other lines referred to the “ladal” (the ladle) and to the collection of money.

The exact words varied from area to area and evolved over the years. Although this tradition is tied to the Welsh language and associated with communities where, just over a century ago, there was a large proportion of monolingual Welsh speakers – there is a record of using some English words. Lines such as “On the first day of May we’ll have a holiday” and “I wish i e, I wish I, I wish I had a penny o” convey a little of the tradition to those who do not speak Welsh.

In the eighteenth century Lady Herbert Lewis of Caerwys noted the song and dance after chatting with the master of Holywell Poorhouse (later Lluesty hospital) and that version continues to be used. Although the practice lost its popularity after the First World War, many residents of the area remember seeing the performance of the Cadi Ha, or even have a childhood recollection of wearing and performing the dance in accordance with the tradition. Lois Blake, one of the founders of the Welsh Folk Dance Society, organised a performance of the Cadi Ha in 1936 in Mold to celebrate the centenary of Daniel Owen’s birth.

Thanks to Ieuan ap Siôn, a local singer, there was a revival in the 1970 and 80s. Basing the dance on the memories of his father and grandfather he collected a crew together to travel every May. They used to dance “somehow, somehow” rather than stick to a strict pattern and there were several appearances on television. Fifteen years later, following a conversation between the late Chris Bailey and the manager of Holywell town centre, the current Cadi Ha Festival was launched. Chris Bailey worked with the late Geoff Jenkins, leader of Dawnswyr Delyn in Mold to establish an annual festival. The festival was celebrated up until 2019 but due to Covid19 the festival was unable to take place in 2020 or 2021.

Five schools took part in the first festival as well as local clog dancers and members of a folk dancing group from Mold, Dawnswyr Delyn. It has been a great success, and from building on experiences it has become a popular festival. More schools joined in the following years with Ysgol Gwenffrwd from Holywell attending all Cadi Ha Festivals. Support was received from fellow dancers in Anglesey, Caernarfon, Llangadfan (Powys), Cardiff, Carmarthen, Aberystwyth and Bridgend at different times over the years. There have also been visits by teams of traditional dancers from Flanders in western Belgium, Brittany and the Isle of Man. And finally we mustn’t forget the loyal team of musicians, stewards, sound technicians, supporters, teachers and parents who have been so vital to the success of the Cadi Ha. 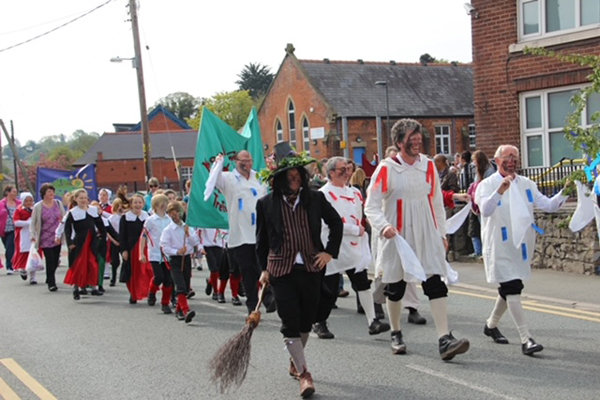 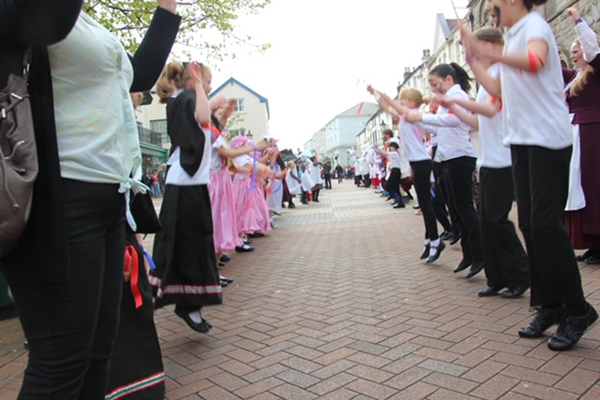 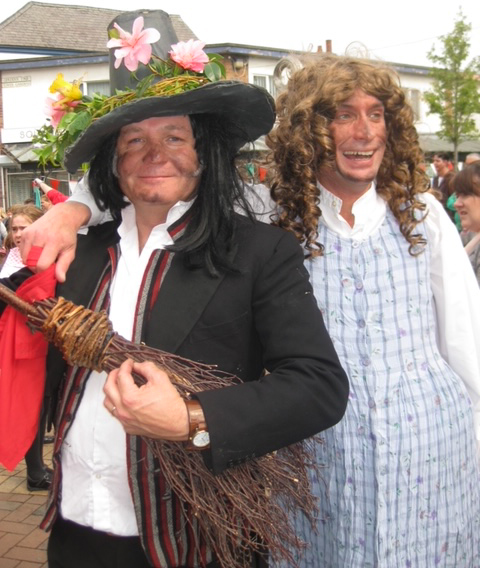